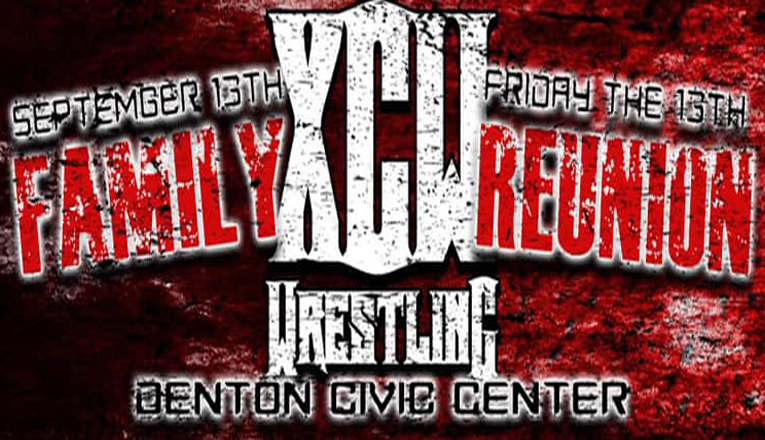 We’ve got a lot of planning still left but Matches are starting to come together!

Here’s what we know..
Chandler Hopkins will face Gino TLHT for The Bull of the Woods Title from Smashmouth Wrestling
The Red Dog Rodney Mac is scheduled to go one-on-one
The reigning XCW Champion & Master of the G-Force Super Kick will also be in action

Who else could we see in action?

How about a Ladies match?

There’s only one woman in Texas that has had more gold around her waist than any other. A woman feared by most and that is the Fighting Phenom JAZZ!!!

Do you have tickets yet? What if I told you that you could save some cash and grab the general admission tickets for old school prices for a limited time. XCW Wrestling in the early 2000’s was $10 a ticket so in honor of the upcoming XCW Wrestling Presents Family Reunion all General Admission tickets will be $10 for the weekend.

Wait…… there’s a catch! We are going to test your XCW Trivia knowledge because the answer to this question is the Promo Code to use.

What yearly XCW Wrestling show put 20 men in the ring against each other in a one-night tournament that each person would Battle it out in hopes of making it to the finals in a steel cage? This flagship show could have been bought on DVD in all major retail outlets including Best Buy and Barnes and Noble, before red Box existed. It was also one of the first Independent Wrestling show aired on Netflix. XCW Wrestling host last of this show in 2009. The t-shirt from that show has “A Decade of Violence” on the back.

Do you know the Answer? Excellent! Now go Get some Tickets!!!! Use the name of this show as the promo code and get tickets at old school prices.