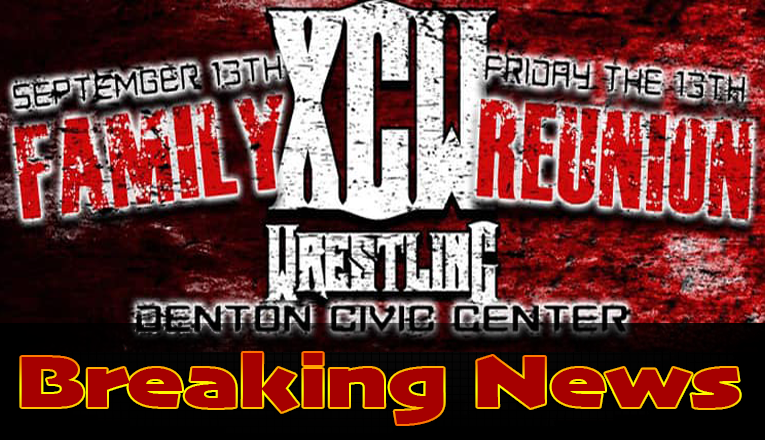 The Bull of the Woods Champion will defend his title at XCW Wrestling presents Family Reunion Friday, September 13th, 2019 at the Denton Civic Center. You’ve already heard some big announcements, and this one will be one of the biggest.

Earlier this week, XCW Wrestling CEO Nite Davis and Lance Romance sat down for a little interview for the Playaz Perspective YouTube Channel. The conversation quickly changed into Family Reunion negotiations. Lance Romance got Nite to agree to put the XCW Championship, held currently by Gemini, on the line against his Playa of Choice “Stroke Daddy” Ricky Starks. Nite Davis agreed to the match if Lance put his Bull of the Woods title, held by “The Latin Heart Throb” Gino, on the line against a challenger to be named later. The interview ends with both men agreeing to the terms.

Saturday Night, CEO Nite Davis catches up with Chandler Hopkins at Texoma Pro Wrestling in Sherman, Texas. Nite offers up the spot at becoming the next Bull of the Woods champion to Chandler after the show.

XCW Wrestling presents Family Reunion on Friday the 13th in September at the Denton Civic Center located at 321 Mckinney St will be one of the biggest cards we’ve seen in DFW. So let’s run down the match-ups that we know:

Bull of the Woods Championship Match

“The Cowboy” Chandler Hopkins
VS
“The Latin Heart Throb” Gino

“The Perfect Enemy” Rodney Mac
VS
“The Lumberjack” Bobby Lambert

Get your tickets now for this massive show benefiting the Koan School!!